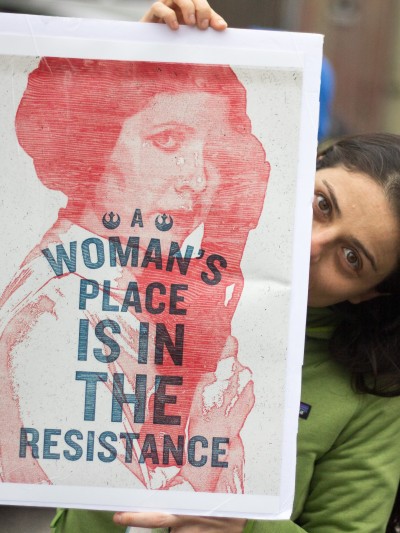 The international NGO, University Women of Europe, brought a claim before the European Committee of Social Rights that 15 European states have failed to enforce the right to work and the right to fair remuneration by not making any measurable progress in decreasing the gender pay gap. The NGO equally pointed out that only a small number of women occupy decision-making positions within private companies. In reaction to the first collective complaint ever filed against all state parties to the European Social Charter, the Committee declared that 14 states have violated at least one of their obligations.

​Gender equality is an idea that the feminist movement has been trying to achieve for centuries. Human rights treaties and their enforcement mechanisms are one of the means of reaching this goal. Non-discrimination clauses and aspiration to the idea of equality can be found in the preamble of the Universal Declaration of Human Rights as well as in Article 14 of the European Convention on Human Rights. There are also specific treaties which were adopted solely for the purpose of combating gender inequality, such as the Convention on the Elimination of All Forms of Discrimination against Women (1979) or the Council of Europe Convention on Preventing and Combating Violence against Women and Domestic Violence (2011).

The European Social Charter (1961) [1] which formed the legal basis of the recent decision delivered by the European Committee of Social Rights in reaction to the complaint by the University Women of Europe (UWE) is a generic treaty, however, it contains several provisions aimed at achieving gender equality. One of them is an obligation to recognise the right of men and women workers to equal pay for work of equal value established in Article 4(3) of the Charter.

Who monitors compliance with the European Social Charter?

The Charter is an international treaty within the Council of Europe framework that guarantees fundamental social and economic rights. It serves as a counterpart to the European Convention on Human Rights, which focuses on civil and political rights.

The monitoring of the compliance with the treaty lies in the hands of the European Committee of Social Rights. The Committee uses two methods of monitoring compliance with the Charter - regular reports submitted by states which ratified the Charter and collective complaints which may be lodged only by international NGOs and social partners (for example trade unions). The collective complaints procedure was established by the Additional Protocol to the Charter (1988). Only 15 out of 47 member states of the Council of Europe have ratified the Protocol and accepted the Committee’s competence so far. The complaint mechanism thus substantially differs from the judicial review under the European Convention on Human Rights and its Protocols, which is open to complaints filed by individuals and applies to all member states of the Council of Europe.

In 2020, the European Committee on Social Rights decided on the first complaint ever filed against all state parties to the Additional Protocol. The complaint was submitted by the UWE, an international NGO which aims to work towards an achievement of the goals of the Council of Europe with a particular focus on questions affecting the lives of women. The UWE alleged that 15 European countries have violated their obligations stemming from the right to work and to fair remuneration as established in Articles 1 and 4(3) of the European Social Charter. In the UWE’s view, the countries have failed to recognize and enforce the right to equal pay for work of equal value and show progress in ensuring a balanced representation of women in decision-making bodies within private companies.

Allegation 1: The right to equal pay

The UWE alleged that the pay gap between women and men still persists in Europe (with 21% in the Czech Republic and 16% on average in the European Union), despite international obligations and domestic legislation to combat such practice already being in place.

In its decision, the Committee assessed the states’ efforts to eradicate the gender pay gap based on five criteria. Only Sweden fulfilled all five of them.

The Czech Republic was not an exception in this regard. The Czech Ministry of Labour and Social Affairs has recently introduced an online wage calculator which was designed to help individuals applying for a new job, changing profession, moving, changing position within a company’s hierarchy or returning to work after parental leave. However, the new tool contains only general statistics which are not specific for particular companies. Therefore, in judicial proceedings, it may be difficult to prove that two people within a particular company are paid differently or, if they are, that their positions are actually comparable and should thus be paid equally.

Finally, as mentioned above, the right to equal pay implies the obligation to adopt measures to promote such practice. This means that states should collect reliable and standardised data to measure and analyse the gender pay gap in the first place. Additionally, the national authorities have to design effective policies and measures aimed at reducing the gender pay gap on the basis of the analysis of the data collected. These policies and measures should lead to measurable progress in reducing the gender pay gap. States which fail to show such progress cannot be in compliance with the Charter. Only Belgium, Cyprus and Sweden have shown sufficient progress in this regard.

​The complaining organization also alleged that the Czech Republic, together with the other fourteen states, have a low representation of women among decision-making positions within private companies. The average share of women on boards of the largest publicly listed companies registered in the EU-28 member states reached 23.3%. For the Czech Republic, the figure was only 8.8%.

Article 1 (d) of the Additional Protocol to the Charter guarantees the right to equal opportunities and equal treatment in matters of employment and occupation, including career development, including promotion, without discrimination on the grounds of sex. The Committee considered that this provision also imposes positive obligations on states to tackle vertical segregation in the labour market by means of, inter alia, promoting the advancement of women in decision-making positions in private companies. What may come as a surprise is that this obligation may also entail introduction of binding legislative measures to ensure equal access to management boards of companies. Such measures might contain the so-called “comply or explain” model which establishes a certain quota (usually of 30% to 40%) representation of the underrepresented sex, however, the only sanction for large public and private companies is their obligation to explain why the statutory target was not met.

What will the consequences of the decision be?

​Since the Czech Republic, together with 13 other states, have violated the Charter with regard to at least some of the allegations raised, they are now required to notify the Committee of Ministers of the Council of Europe of the measures taken or planned to bring the situation into conformity with their international legal commitments.

The decision of the Committee in the case of UWE v. Czech Republic and fourteen analogous decisions can form a solid basis for improvement in the field of gender equality on the national level. Although the enforcement mechanism is not particularly strong, the decisions of the Committee provide inspiration for means which can help eradicate the gender pay gap and underrepresentation of women in decision-making positions in the private sector.

Council of Europe. Details of Treaty No.158 Additional Protocol to the European Social Charter Providing for a System of Collective Complaints, available at: <https://www.coe.int/en/web/conventions/full-list/-/conventions/treaty/1…;.

Ministry of Labour and Social Affairs of the Czech Republic. Mzdová a platová kalkulačka,  available at: <https://www.rovnaodmena.cz/rovne-odmenovani/kalkulacka&gt;. 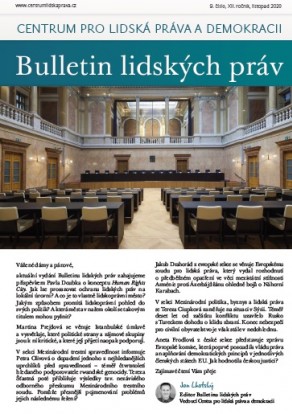