The EU’s New Pact on Migration and Asylum – a Step Back or Forward for Human Rights? 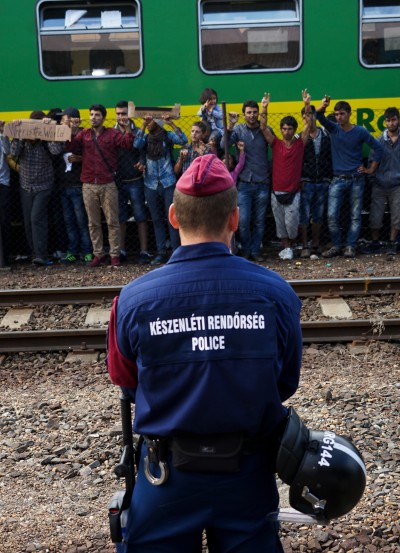 A little over a year has passed since the adoption of the European Union’s New Pact on Migration and Asylum, a document which marked a long-overdue agreement following the stalemate in developing common policy after the refugee ‘crisis’ of 2015-2016. While presented as a breakthrough, human rights advocates continue to see it as a missed opportunity.

Five years ago, the European Union was facing a challenge that neither its Member States nor its migration and asylum policies were ready for. During the peak of the refugee crisis in 2015-2016, over 2.3 million irregular entries to the EU were detected, having left the unprepared countries to apply ad hoc measures and temporary solutions. Since then, these numbers have been decreasing year by year. In 2020, only about 125,100 irregular border crossings were detected, the lowest number in seven years.

Over the past two years, the declining trend has been, among other factors, exacerbated by the COVID-19 pandemic. However, in contrast to the drop in arrivals to the EU, the absolute numbers of forcibly displaced people around the world have been steadily growing. From 65.1 million in 2015 to a total of 82.4 million in 2020, 26.6 million of whom are refugees. The EU-27 hosts approximately a 10% share of world’s refugees which still amounts to only about 0.6% of the total population of the region. In reality, the vast majority of refugees are hosted by developing countries within the immediate neighbourhood of the respective country of emigration.

The way to the New Pact

Although the spike in arrivals in light of the crisis was temporary, its lasting aftermath coupled with the reactionary way in which the EU and its Member States approached the situation highlighted the pitfalls of the EU’s incomprehensive migration and asylum agenda. A call to action, the refugee crisis started off rounds of protracted talks that would finally in the autumn of 2020 yield a long-overdue document titled the New Pact on Migration and Asylum.

Forging their strategy anew, the European Commission had an opportunity to present a plan which is anchored in humanitarian values and addresses valid concerns raised over the treatment of irregular migrants on EU’s external borders. In this spirit, the Commission’s President Ursula von der Leyen committed to “a human and humane approach” during her State of the Union Address in 2020. Even though these commitments have found their way into the external communication, they unfortunately do not seem to be sufficiently reflected in the actual Pact.

The Pact, taking a form of Communication presented by the European Commission, is centred around external border management and border protection, rather than migrant protection. In a large part, it has taken on an approach of preventing irregular migration by making it more difficult to reach EU’s territory.

The focus on border control and cooperation with third countries have essentially made the external portion of the EU’s migration policy its central pillar. As a result of this externalisation, the EU has reorientated the inflow of migrants to countries with a track record of human rights abuses, such as in the case of Libya. Although not in the best interest of migrants, it indeed essentially voids the EU of the responsibility to deal with detentions. However, instead of solely focusing on blocking irregular pathways, the EU could reorient to creating more regular channels for people in need of protection.

Under the new agenda, incoming migrants will go through several procedures that have a goal of acceleration of the decision process. These include health and security checks, followed by fast-tracking the asylum application based on the concept of safe countries of origin or safe third countries.  However, some experts voice their concerns over the de facto de-territorialisation of the pre-screening mechanism, which would allow for handling the migrants as if they have not really entered the EU’s territory. Possibly entailing more detentions, this measure does not solve the issue with the crowded refugee camps with often poor reception conditions. Moreover, the concept of a safe country of origin or a safe third country is not without issues either. For illustration, whether Turkey can be considered a safe country is generally not agreed upon between the EU and its Member States.

Possible upsides of the new agenda

What is commendable about the New Pact is that although presented as a challenge, it also highlights migration as an inevitable phenomenon which can contribute to Europe’s prosperity. This is underpinned by the European Blue Card initiative which adds an easier pathway for high-skilled migrants who the EU wants to attract to its job market. The Pact also offers easier pathways for unaccompanied minors to join their family members even if those reside in a country other than the one of the unaccompanied minor’s first arrival.

Another essential point of the new strategy is the notion of flexible solidarity. This requires that the Member States take on a portion of the responsibility, although at their own discretion. Under this notion, a Member State can either host the asylum-seekers or finance their relocation or return. As the previous idea of solidarity understood as proportional sharing of asylum-seekers failed due to its rejection by several countries, namely the V4 group, the system of flexible contributions seems to be a decision of compromise, although perhaps constituting the lowest common denominator.

The New Pact on Migration and Asylum is in fact legally not so much of a pact as it is a proposed strategy. The EU institutions seem to be taking a step-by-step approach on adopting the proposed measures, starting with the approval of the Blue Card Directive in May 2021, and followed by the agreement on the transformation of EASO to the European Union Agency for Asylum in June 2021.

Besides not being an actual pact, it is also not much of a leap forward for human rights of vulnerable migrants. Though not a significant breakthrough, the strategy does not seem to be a downhill road either. Given the diversity of the 27 Member States, it is not exactly a surprise that their respective interests are hard to harmonise in a policy area this sensitive. Therefore, in terms of the architecture of its migration and asylum policy, it appears that the EU is currently focused on building fences rather than bridges.

European Commission. Communication from the Commission to the European Parliament, the Council, the European Economic and Social Committee and the Committee of the Regions on a New Pact on Migration and Asylum. 23 October 2020 (https://eur-lex.europa.eu/resource.html?uri=cellar:85ff8b4f-ff13-11ea-b44f-01aa75ed71a1.0002.02/DOC_3&format=PDF).