The Arrest of Raman Protasevich: How Far Will Belarus Go? 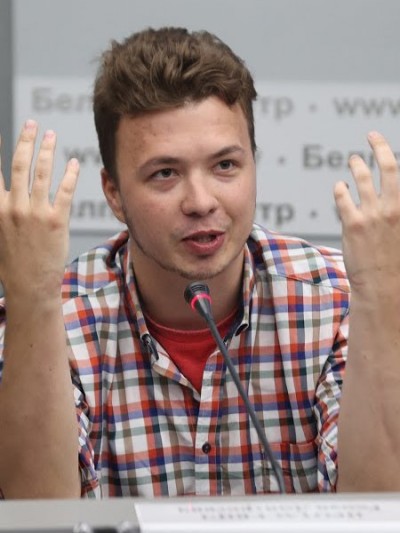 About three months ago, the Belarusian officials grounded the flight of Ryanair airlines with the activist Raman Pratasevich and his girlfriend on board. Their subsequent arrest in Minsk has provoked international outrage. Why did it happen and how is the story unfolding?

It was supposed to be a peaceful flight from Athens, Greece, to Vilnius, Lithuania, with 171 passengers on board. Flight number FR4978 was about to land at 13:00 on May 23, 2021. However, not far from the finish, it sharply changed direction to the east and at 13:15 local time landed in Minsk, the Belarusian capital. The Belarusian Air Force sent a MIG-29 fighter to stop the Irish Ryanair civilian aircraft. The pilots apparently did not have much choice as to where they would  make the emergency landing.

The order was personally signed by Belarusian President, Alexander Lukashenko. Minsk claimed that there was a bomb on board the plane. At the airport in Minsk, the local security forces detained the founder of the opposition channel, Raman Pratasevich and his girlfriend, Sofia Sapega.

The expulsion from school as a beginning?

The activist life of Raman Protasevich began in 2011, when he was detained for attending a protest rally against the regime. He was later expelled from studying journalism at the Belarusian State University when he did not return from a nine-month study in the Czech Republic, where he had received a Václav Havel scholarship. Pratasevich has worked in several media platforms and spent a year in Donbass, photographing and documenting the ongoing war. In 2019, he fled to Poland, where he worked as a co-founder and editor-in-chief of the NEXTA information channel - one of the main sources of reports of protests. For this reason, Pratasevich was included in the Belarusian list of people "involved in terrorist activities.”

The response of the international community

The European Union described the incident as a shameless attempt by the Belarusian authorities to silence all opposition voices and called for the immediate release of the young journalist. The USA responded similarly. The US Senate Foreign Relations Committee declared the incident as "an act of piracy" and urged NATO and EU states to impose sanctions.

Among the first measures taken against Belarus in this regard were strict travel restrictions.  Belavia, the state-owned Belarusian national airline, got banned from landing at EU airports. Air Baltic, together with other European airline companies, has stopped flights over Belarusian airspace. The European Union Aviation Safety Agency (EASA) has raised “awareness of the situation” with European national aviation authorities.

What about the leader of the opposition?

Sviatlana Tsikhanouskaya, the leading figure of the Belarusian opposition movement, expressed her shock after Pratasevich’s arrest. She had completed the same flight a week before the incident. According to Tsikhanouskaya, the arrest is the result of the Belarusian regime feeling impunity, and it is important to expand the list of sanctions. She pointed to the great imbalance in the existing sanction regime; while there are around 80 people on the EU sanction list, about a thousand people are imprisoned in Belarus.

A few days after the arrest of Raman Pratasevich, the Belarusian state television broadcasted a short video and a ninety-minute interview. In the interview, Pratasevich confessed to organizing anti-government protests and said he respected President Alexander Lukashenko.

"I criticized Alexander Grigoryevich Lukashenko a lot, but as I became more involved in political issues, I began to understand that he was doing the right thing, and I certainly respect him," the journalist said in the interview.

After the release of the video and the interview, Pratasevich’s family and the opposition argued that the interview was conducted under duress. According to many, the performance was forced and obviously manipulated. The media also pointed out bruises and injuries to the journalist’s body, raising the suspicion of Pratasevich’s inhuman treatment.

What is next and how to help?

It might have seemed that the journalist would spend several years in prison after his arrest. However, the opposite is true. Raman Protasevich is now under house arrest and speaks with a smile at a press conference hosted by The Ministry of Internal Affairs of Belarus. He answers the question regarding the injury on his hands by saying that it was an injury from his arrest. The police did not have handcuffs because the arrest was unplanned.

His friends feel sorry for him, his parents ask the world for help. Nobody knows what is going on with him. Some claim that he was forced by torture, others speculate about special drugs. Everyone is now looking for a message in his gestures and words, a signal that this is not real. The current work of the police can be a combination of fear, coercion and manipulation. Be it as it may, it will be important to further monitor the situation and watch closely any misguided steps by the Belarusian regime.

Council of the EU. Belarus: Declaration by the High Representative on behalf of the EU on the forced diversion of Ryanair flight FR4978 to Minsk on 23 May 2021 (https://www.consilium.europa.eu/en/press/press-releases/2021/05/24/belarus-declaration-by-the-high-representative-on-behalf-of-the-eu-on-the-forced-diversion-of-ryanair-flight-fr4978-to-minsk-on-23-may-2021/).

Sky News. Belarus opposition leader is sure Roman Protasevich is 'being tortured' [Video file]. 24 May 2021 (https://www.youtube.com/watch?v=-YCUIoCPcCU).

The Telegraph. Roman Protasevich shown in video on Belarus state TV as father says son is already being tortured [Video file]. 25 May 2021 (https://www.youtube.com/watch?v=7Q8ZuuKMRVk). 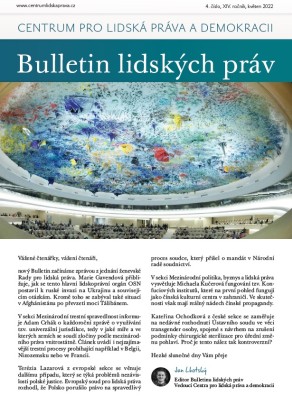