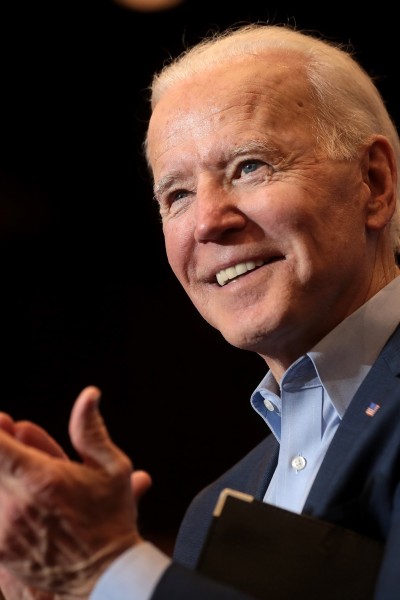 As China spreads its influence in the Indo-Pacific region, the largest English-speaking countries are increasingly sticking together. As of 15 September 2021, Australia, the UK and the US have announced a new security deal to counter China - a move that led France to recall its ambassadors in return.

The main reason for the creation of this pact was the progressive moves of China in the Indo-Pacific region. This space connects the Indian Ocean and the Pacific Ocean. It is very rich in natural resources and it is a strategic position between continents. Power games over this territory were always an important part of geopolitics.

China is trying to raise its influence in the region by making more infrastructure investments and by tightening the trade ties with the domestic countries. One of the strategic, political and business plans Beijing is pursuing is the Belt and Road Initiative with the aim to develop partnerships and connect with other countries.

The Trilateral Security Partnership (AUKUS) has been initiated by Australia and covers the technical and security cooperation of these three nations. The most important part contains a pledge by the US and UK to provide Australia with the technical assistance they need to build a nuclear-powered submarine fleet.

Only six countries own these submarines, including the US and the UK. This is the first time the US shared this knowledge with another country since the Mutual Defense Agreement in 1958 with the UK. In addition to this military capacity part, the three countries will also share information on cybersecurity and artificial intelligence.

However, the aspect of intelligence sharing is not new. The UK, the US, and Australia have already concluded a pact with Canada and New Zealand called the Five Eyes, which serves the same purpose.

Although they did not explicitly say that the agreement aims at China and its aggressive moves in the South China Sea, it is displayed from the current geopolitical situation. China’s response also confirms this intention. In the issued statement, the Chinese government said that the AUKUS inter alia seriously undermines regional peace and stability, and creates an environment similar to the Cold War period. Following this development,  China announced its intention to join the Comprehensive and Progressive Agreement for Trans-Pacific Partnership (CPTPP) saying it is unrelated to AUKUS. The CPTPP is a trade agreement between Canada, Australia, Brunei, Chile, Japan, Malaysia, Mexico, New Zealand, Peru, Singapore and Vietnam.

The announcement not only disturbed China, but also the AUKUS states’ close ally, France. The French foreign minister called this collaboration a stab in the back and the French president, Emanuel Macron, has recalled the French ambassadors in Washington D.C. and Canberra. This vigorous reaction arises from its agreement concluded in 2016 with Australia. France pledged to provide Australia with diesel-electric submarines for 31 billion euros. With the creation of the AUKUS, this agreement was terminated.

The whole process of negotiating the AUKUS was kept secret, and therefore, no one saw it coming. The French Ministry of Defense has even said that according to the latest meeting with Australia, the fulfillment of the commitments under the agreement is going in the right direction. Therefore, the robust reaction from the French part was arguably understandable. Nonetheless, both ambassadors have already returned to their position.

Closing the AUKUS seems to be a big topic, however the hard part is just beginning. Further actions need to be discussed, and therefore, years of negotiations await. First outcomes could be expected not earlier than around 2030, as analysts predict.

The convenient timing of the announcement, after the American withdrawal from Afghanistan, can also be perceived as a good political move for the current American administration despite its insufficient diplomatic communication with other states.  However, the reality is also that with the new submarines the Australian maritime defense will improve and become faster and harder to detect.

Gould, Joe (2021). New pact with the US and UK is set to sink Australia’s historic submarine buy from France. Defense News, 15 September 2021 (https://www.defensenews.com/congress/2021/09/15/new-pact-with-the-us-and-uk-is-set-to-sink-australias-historic-submarine-buy-from-france/).

The Economist (2021). AUKUS reshapes the strategic landscape of the Indo-Pacific. 25 September 2021 (https://www.economist.com/briefing/2021/09/25/aukus-reshapes-the-strategic-landscape-of-the-indo-pacific).