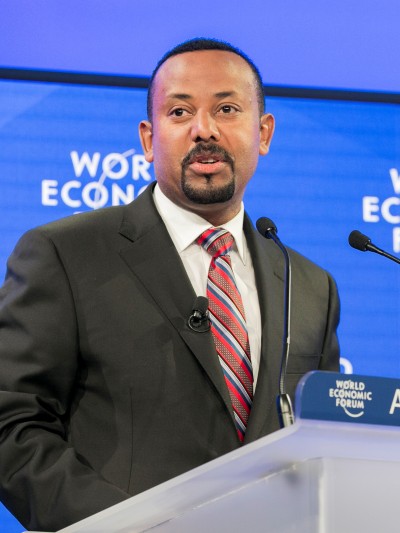 It has been more than half a year since hostilities broke out in the Tigray region of Ethiopia. The humanitarian situation in the region is worsening every day and there is an increasing number of reports of war crimes committed by both sides of the conflict. Despite its large-scale consequences, the conflict remains relatively unknown to the public.

The development of the civil war

What started as a quick ‘three-week’ campaign to restore authority over a rebellious province is now slowly becoming a long guerilla war with the involvement of third states and an increasing number of reports of both sides committing war crimes. The conflict in Ethiopia began in November 2020. Armed groups of the local government represented by the Tigray People’s Liberation Front (TPLF) attacked military bases of the federal Ethiopian army loyal to the Prime Minister, Abiy Ahmed.

The attacks were unsuccessful and Abiy immediately ordered a counteroffensive. By the end of November 2020, the government forces supported by the Eritrean army and loyal militias managed to gain control over certain towns, including the Tigray capital, Mekelle, and forced the TPLF leadership to evacuate. The Prime Minister immediately announced that the operation was ‘successfully concluded’.

Despite TPLF’s collapse, the resistance of Tigrayans has continued on local levels. What’s left of the TPLF military apparatus retreated to the mountainous countryside and regrouped into a guerilla army, which is supported by village-level armed groups. As Abiy admitted, fighting such a decentralized force will inevitably be bloody and hard.

Roots of the conflict

The roots of this conflict can be traced back to the Cold War period. The TPLF emerged as a guerilla group in the 1970s, fighting the then communist government of Ethiopia, called Dergel. By the end of the 1980s, Dergel was defeated and the TPLF leader, Meles Zenawi, rose to power. The Ethiopian administration was dominated by Tigrayans for another 30 years.

Unfortunately for Ethiopia, corruption and nepotism swiftly ruled over, and TPLF’s legitimacy based on the successful coup against Dergel was lost. The other ethnic groups in Ethiopia were unsatisfied with this state of affairs and the surprising death of Zenawi in 2012 created not only a power vacuum but also a possibility to change the government.

In 2016, the two largest ethnic groups in Ethiopia, the Oromo and the Amhara, massively protested against their exclusion from the political process. The representatives of both ethnic groups saw the opportunity and the Oromian President, Lemma Megersa, together with his then deputy, Abiy Ahmed, allied themselves with the reform wing of the Amhara Democratic Party led by Demeke Mekonnen to outmanoeuvre TPLF.

After three years of unrest and political pressure, the Tigrayan Prime Minister, Hailemariam Desalegn, announced his resignation. As a member of the Parliament, Abiy was eligible to be a prime minister, therefore party members elected him as a head of the Oromo Democratic Party. He was elected a prime minister with support from the Amhara Democratic Party, and Mekonnen became his deputy.

Abiy swiftly removed important TPLF Tigrayans from key security posts, and together with Mekonnen, released thousands of political prisoners, started a reform program, and banned censorship of the press. Moreover, he also ended hostilities over border regions with neighboring Eritrea by signing a peace treaty, for which he received a Nobel Peace Prize. His peace treaty, however, was not favoured by Tigrayans because some of the disputed regions are claimed to be part of the Tigray region.

Relations between Ethiopia and Eritrea have been historically complicated. Eritrea used to be part of Ethiopia and gained independence in the 1960s. Between 1998 and 2000, the neighbouring countries fought a bloody border war, which formally ended with Abiy’s peace deal in 2018. Twenty years later, the Eritrean armed forces are supporting Abiy’s forces against their old enemy from the border war, the TPLF. Needless to say, both countries denied Eritrean involvement for several months.

The ongoing conflict severely undermines the current federal system of Ethiopia called ethnic federalism. This system was introduced after the fall of Dergel with the aim to give regions a chance to administer themselves and was organized along ethnic lines. Over the years, it effectively led to the rise of ethno-nationalism and bigger tensions between ethnic groups which have claimed each other’s territory and pursued their goals with violence, heavily affecting civilians.

One of the examples is the recent counteroffensive against the TPLF when Abiy ordered a blockade of Tigray in order to cut off rebels from supplies. As a result, people have been dying of malnutrition, more than 4 million need emergency food aid and at least 60,000 have sought refuge in neighbouring Sudan.

The fighting is also said to involve grave international crimes. Many Tigrayan inhabitants have been driven from their homes by Amhara militias in what the United States government called ethnic cleansing. Furthermore, Eritrean units seem to be extremely violent and there are reports that Tigray rebels are equally involved in mass shootings.

These attacks leave a very weak sense of national unity among Ethiopia’s population. At the same time, Ethiopia’s destabilization as a multiethnic country with more than 110 million inhabitants speaking 90 different languages can have severe consequences for the East Africa region.

Burke, Jason. Rise and fall of Ethiopia’s TPLF – from rebels to rulers and back. The Guardian, 25 November 2020 (https://www.theguardian.com/world/2020/nov/25/rise-and-fall-of-ethiopias-tplf-tigray-peoples-liberation-front).

Lefort, René. Ethiopia’s war in Tigray is ‘but the tip of the iceberg when it comes to conflicts ravaging the country’. The Africa Report, 30 April 2021 (https://www.theafricareport.com/84350/ethiopias-war-in-tigray-is-but-the-tip-of-the-iceberg-when-it-comes-to-conflicts-ravaging-the-country/).

Walsh, Declan and Latif Dahir, Abdi. Why Is Ethiopia at War With Itself? The New York Times, 5 October 2020 (https://www.nytimes.com/2020/11/05/world/africa/ethiopia-tigray-conflict-explained.html).