Death in the best interests of the child? 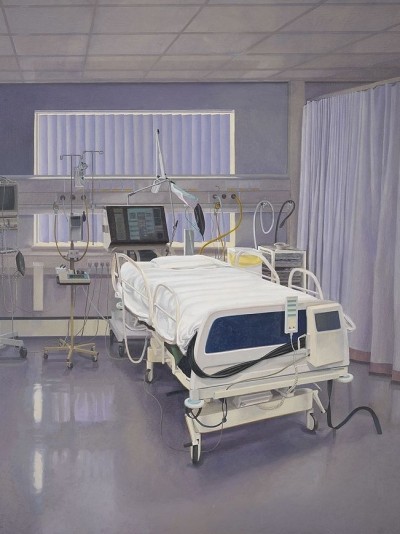 In a recent dispute between parents and a hospital over the continuation of their son’s life-sustaining treatment, the British courts ruled that ending the treatment was in the child’s best interests. In all cases involving children, the best interests of the child must be the primary consideration. However, can such best interests include the termination of life-sustaining treatment and the subsequent death of the child? According to the European Court of Human Rights, Member States should enjoy a wide margin of appreciation in this field.

Although the concept of the child’s best interests appears widely in many legal regulations and court decisions, there is no general definition. The principle should be flexible so that it can be assessed and determined in the light of the specific circumstances of individual cases. The Convention on the Rights of the Child, adopted at the United Nations in 1989, enshrines this concept as the main principle to be applied in all actions concerning children. The responsibility for deciding whether the parties act in the child’s best interests lies mainly with the courts.

In recent years, British courts have regularly ruled in cases where parents and doctors disagreed on the child’s treatment. In many decisions, judges tend to favour the doctors’ opinions as the families naturally wish to keep the child alive as long as possible at any cost.

In the latest decision of July 2022, the courts decided that withdrawal of life-support treatment of a comatose twelve-year-old boy is in his best interests. The High Court ruled that Archie’s treatment was futile in light of the medical evidence which showed that even with continued medical treatment, Archie would die from organ failure at some unpredictable time within weeks or months. One of the most significant arguments in favour of the discontinuance of Archie’s treatment, was the loss of dignity.

The parents made an application to the UN Committee on the Rights of Persons with Disabilities, which then requested the UK to delay the withdrawal of the treatment while the case was being considered. After the British court refused to postpone the withdrawal on the grounds that every day of continued treatment was against Archie’s best interests, the parents applied to the European Court of Human Rights for interim measures. However, the Strasbourg judges declared the application inadmissible and stated that they would only grant such requests “on an exceptional basis” and “when the applicants would otherwise face a real risk of irreversible harm”.

On August 5, the UK judges also rejected the parents’ request to have their child moved to a hospice stating that the transfer would involve a significant risk to his unstable condition. The following day, the boy, who had been in a coma since April 2022, passed away after doctors ended his life-support treatment in line with the court rulings regarding the child’s best interests.

Another closely watched dispute occurred in 2021, between British doctors and the Jewish parents of two-year-old, Alta Fixsler. The girl suffered a brain injury at birth and could not breathe, drink or eat without medical help. Doctors believed that she had no chance of recovery. First, the British courts ruled that doctors can withdraw life-sustaining treatment even against her parents’ wishes and beliefs. Second, the judicial authorities did not give the parents permission to take Alta to an Israeli hospital or the US as they believed it would expose her to further pain. Third, the courts did not allow the parents to withdraw Alta’s treatment at home. Instead, they complied with doctors who assumed that it was in the child’s best interest to end her life in a children’s hospice. When determining Alta’s best interest in the first decision, the court considered her parents’ religious belief as one of many factors. Additionally, it raised the question of ​​whether Alta would share the same values ​​as her parents.

After the life-support treatment withdrawal decision, the parents decided to put their last chances into the European Court of Human Rights. They argued that withdrawing life-sustaining treatment and placing Alta on end-of-life care was against their Jewish beliefs and their rights as parents. However, the Strasbourg judges rejected their appeal and agreed with the UK court’s decision.

Approach of the European Court of Human Rights

The European Court of Human Rights has assessed several cases in which parents or relatives contested the domestic courts’ decisions on the withdrawal of life-sustaining treatment from minor patients. The Strasbourg judges found no violation of the European Convention on Human Rights in any of the cases, emphasizing that national authorities enjoy a wide margin of appreciation in end-of-life decisions. In Lambert and Others v. France concerning an adult patient, the Court mentioned that there exists no consensus between Member States on the issue of permitting the withdrawal of life-supporting treatment. However, for compatibility with Article 2 of the Convention (right to life), it is crucial to establish a good and foreseeable decision-making process in which the national authorities consider all the arguments expressed.

In the Czech Republic, there is no specific legal regulation for the termination of life-sustaining care, however, any form of euthanasia is illegal. The Czech legal academics do not consider the legislature’s silence as an implicit prohibition on terminating life-sustaining care for a child patient. The Code of Ethics of the Czech Medical Chamber states that “in the face of inevitable and imminent death, the aim of the doctor’s actions should not be to prolong life at any cost”. In the case of a dispute between the doctors and the child’s legal representatives, a court would have the entitlement to resolve the case in civil proceedings.

Should parents have the right to demand that doctors keep their terminally ill child alive?

Withdrawal of life-supporting treatment of a child is an ethical and delicate legal issue. The child’s best interests may lie in ending life-sustaining treatment if the terminally ill child suffers. However, parents with parental responsibility have the right to decide on their child’s matters. The question remains to what extent the courts should consider the parents’ opinions and wishes when determining the fate of terminally ill children with nearly zero chances of recovery.

Convention on the Rights of the Child. United Nations Human Rights Office of the High Commissioner. 20. 11. 1989 (https://www.ohchr.org/en/instruments-mechanisms/instruments/convention-rights-child).