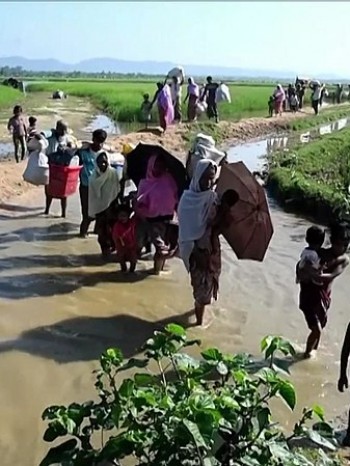 One of the prevailing human rights violations in modern history is occurring now in Myanmar in the Rakhine State. While atrocities have been promulgated for decades, the violence has increased to unprecedented levels as of August 2017.

Who are the Rohingya?

Myanmar is currently a highly contested country, officially recognizing 135 ethnic groups, of which the Rohingya are not considered one. Of these ethnic groups, the Burmese constitute the largest (more than 2/3 of the population).

The majority of the Rohingya are Muslim. They speak Rohingya or Ruaingga, which is a distinct dialect to others in Myanmar. Most Rohingya live in Rakhine, a western coastal state in Myanmar. The Rohingya are not allowed to leave this territory without gaining government consent. The predominantly Buddhist country does not recognize the Rohingya as their citizens.

A History of Persecution

Though beginning long before, it quickly escalated in 1948 when Myanmar first gained their independence from the British. Upon gaining independence, the Union Citizenship Act passed. This defined the specific ethnicities that had the ability to gain citizenship. The Rohingya were not one of these ethnic groups. Continuing after the military coup in 1962, the Rohingya were given foreign identity cards.

From 1962 to 2011 the military junta ruthlessly ruled Myanmar, until seceding some power in 2011, but still maintaining control of the security forces. A new citizenship act was passed in 1982, however the Rohingya ethnic group was once again not included, officially rendering them stateless. Although, this crisis began before August 2017, with over 307,500 refugees already living in camps, it has grown far worse since then. As a result, many consider the Rohingya one of the most persecuted minorities in the world.

The Burmese military has specifically targeted the Rohingya Muslims, who have a population of around one million, forcing over half a million to flee their homes and persecution for Bangladesh, with over 200,000 others internally displaced.  Although Myanmar’s military claims to be fighting Rohingya militants and asserts they are not targeting civilians, the United Nations has described the crisis as an impeccable example of ethnic cleansing.

Ethnic Cleansing of the Rohingya

As a result of the repression and ongoing fighting, the Rohingya have been victims of killings, rape and sexual violence, destroyed villages and ethnic cleansing. According to the Guardian, in the first month alone of the major outbreak of conflict, more than 6,500 Rohingya Muslims were killed, including at least 730 children, and these numbers are considered to be conservative. Moreover, almost 70 % of these people were shot, the others beaten to death and burned. Furthermore, family members were killed in front of children. At times, entire families were locked inside their homes and ignited.

As a result, from August 2017 to January 2018, there have been at least 688,000 Rohingya Muslims who have fled their homes in a fight for their lives with the possibility of never returning, making this the world’s fastest growing refugee and humanitarian crisis.

Perhaps most hideous has been the use of sexual violence. Through various interviews with Rohingya female refugees, horrific atrocities have been uncovered.  According to the Council on Foreign Relations, one of the ways the Burmese military has furthered its ethnic cleansing is through rape, with many instances of appalling gang rapes, sometimes including six to ten perpetrators. In some instances, the women were left and had to walk for days without food in order to reach safer areas. Others were shot, stabbed, or viciously beaten. Perhaps most abominable is the story of a 15 year old girl who was barbarically dragged for 50 feet, tied to a tree, and then ten [Burmese] soldiers proceeded to rape her.

Response of the International Community

In light of these horrible atrocities, the question must be asked, how is the international community responding? The UN has been focusing on improving conditions, including financing refugee camps. In March 2018, the “Joint Response Plan” was released calling for nearly US $ 1 billion to help the communities and camps of the refugees. This money would be used for clean drinking water, food, education, medical supplies and vaccinations. Furthermore, the UN has verbally pushed Myanmar to end the violence, however, there have been no state sanctions imposed.

The United States has also denounced the crisis in Myanmar. “The United States supports efforts to end the violence, to ensure accountability for atrocities committed, and to facilitate the safe and voluntary return of refugees. We welcome the commitments by the government of Myanmar.” Additionally, the US has urged the Burmese military “to respect the rule of law, stop the violence and end the displacement of civilians from all communities.” Another outspoken country is the United Kingdom, which has pledged 59 million pounds to support the refugees.

Most recently on April 17, 2018, the newly elected President of Myanmar, Win Myint, signed a presidential pardon granting the release of 8,490 Burmese citizens and 51 foreigners. Most of the prisoners released were sentenced for drug-related crimes and members of the police force and military. Furthermore, in a separate act and as a sign of good will, 36 political prisoners were released to appease the international outcry. However, as it is not the Rohingya being released, the international community should not fall prey to this attempt at alleviating international pressure.

In the end, it is evident that more needs to be done, including economic sanctions and perhaps most importantly, pressure from the international community to investigate the crimes. The verbal demands and economic support to the refugees are of utmost importance and should be expanded further. However, this only solves part of the problem. It seems absurd to continue forward with the previous actions of condoning the military regime, when these comments without action have done nothing to stop the atrocities.  Actions speak louder than words and while the world leaders talk, the persecution of the Rohingya continues. 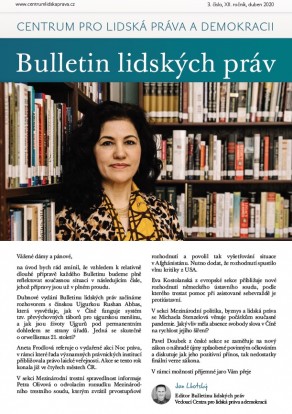