Is the Russian invasion of Ukraine justifiable from the view of public international law? 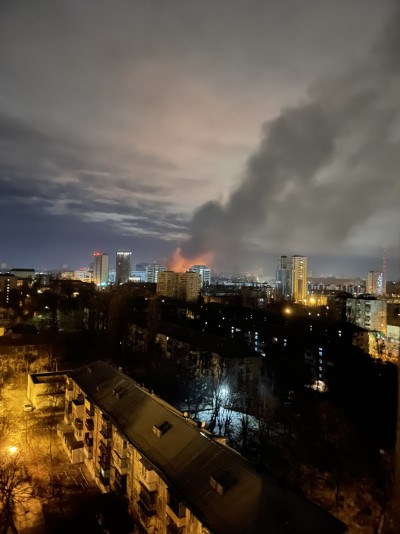 On 24 February 2022, Vladimir Putin announced his decision ‘to carry out a special military operation in Ukraine to protect people who have been facing humiliation and genocide perpetrated by the Kyiv regime’. How do these bold statements correlate with the situation on the ground and with public international law?

Under contemporary public international law, the use of force is prohibited with some narrow exceptions. The prohibition is enshrined in Article 2(4) of the United Nations Charter (UN Charter) and constitutes a fundamental principle of customary international law. It is also regarded as ius cogens, which means that no state can derogate from this prohibition except under certain strict conditions.

The UN Charter sets forth exceptions in which the use of force is allowed. First, forcible measures may be taken under the auspices of the UN Security Council authorization (Article 42 of the UN Charter). Second, force may be used in the form of the exercise of the right to individual or collective self-defense (Article 51 of the UN Charter).

Humanitarian intervention is sometimes mentioned as another exemption. Although there is no generally agreed definition of humanitarian intervention, it can be understood as a use of force by one or more states in another state without its consent with the aim to end serious violations of fundamental human rights. It is not explicitly enshrined as an exception to the prohibition on the use of force in the UN Charter and its use is controversial under public international law (if the UN Security Council does not authorize the use of force).

Russia has deployed land, sea and air troops to Ukrainian territory. Although the UN Charter does not define the notion of force, it is generally accepted that military force falls within the scope of this term. Thus, if the Russian Federation has taken these actions, it can be concluded that it is using force within the meaning of the UN Charter.[1]

Let us take a look at the potential justification of such actions. The motives clarifying this act can be found in President Putin’s speech and in the Russian Federation's statement on the alleged lack of jurisdiction of the International Court of Justice.

Putin argued that the ‘special military operation’ was carried out to defend Russia. He sees a threat in the fact that the North Atlantic Treaty Organization (NATO) is expanding eastward and is accelerating efforts to bring its military infrastructure closer to Russian borders.

Self-defense may only be waged against an actual, ongoing armed attack and only by the direct victim of that attack. In addition, the measures taken must be necessary, proportionate and reported to the Security Council. The elements of an armed attack (aggression) were defined by a resolution of the UN General Assembly.

This document defines aggression as the use of armed force by a State against the sovereignty, territorial integrity, or political independence of another State, or in any other manner inconsistent with the UN Charter. Without any doubt, neither Ukraine nor NATO was conducting an attack against Russia at the time the invasion began.

The legality of self-defense against an uncommenced but imminent armed attack is disputed. Most jurists hold that such action is impermissible. But even if we accept the contrary opinion, neither Ukraine nor NATO posed any immediate threat to Russia when Russia invaded Ukraine. It follows that this reason cannot justify aggression even with the interpretation of the individual self-defense favorable to Russia’s actions.

In his speech, Putin commented on the situation in Donbas, 'we had to stop that atrocity, that genocide of the millions of people who live there and who pinned their hopes on Russia, on all of us. (...) The people's republics of Donbas have asked Russia for help.'

Collective self-defense must fulfill all the conditions as individual self-defense - it may only be waged against an actual, ongoing armed attack and the measures taken must be necessary, proportionate and reported to the Security Council. In addition, the direct victim of the attack must publicly declare that it has been attacked and must ask other states for military support.

Whether Russia's actions can be justified by collective self-defense depends on whether Donetsk and Luhansk are considered states under public international law and, if they are, whether Ukraine has attacked them. The elements required to establish statehood are territory, population and government. Another condition, sometimes mentioned separately, is the state's capacity to enter into relations with other states.

Donetsk and Luhansk are legally part of Ukraine, but if one were to analyze their ability to be states under public international law, one would face the following problems. A fact that casts doubt on their statehood is that effective control is based on the crucial role of Russian military personnel in taking over and maintaining power in these regions, against the determined resistance of the legitimate Ukrainian authorities. The regions are completely dependent on Russia in logistical, financial and administrative matters.

Another problem is that, apart from Russia, only Cuba, Venezuela, Nicaragua, Syria, South Ossetia, and Abkhazia recognize the separatist republics. Since almost the whole international community does not recognize Donetsk and Luhansk as independent states, it is nearly impossible for them to enter into international relations. Last but not least, the problem is that illegal military force was used in the 'creation' of the separatist republics and in such a case it is illegal for other states to recognize them.

For these reasons, Donetsk and Luhansk cannot be considered states under international law. These regions are still part of Ukrainian territory and as such, they could not validly request Russia for military aid against Ukraine. Therefore, justifying the use of force by collective self-defense is out of the question.

Since 2014 the Special Monitoring Mission to Ukraine (SMM) under Organization for Security and Co-operation in Europe (OSCE) has been present in Ukraine. Its main tasks are to observe and report objectively on the situation in Ukraine.

‘Russia’s claim of genocide in Ukraine is a reprehensible falsehood. The SMM has complete access to the government controlled areas of Ukraine and has never reported anything remotely resembling Russia’s claims.’ OSCE says.[2] It follows that humanitarian intervention cannot be the justification for the Russian aggression either.

[1] The article was written during the first half of March 2022 and it does not take into account the follow-up development.

[2] There are reports from the SMM available at their website: https://www.osce.org/ukraine-smm/reports.

Convention on rights and duties of states. Retrieved from https://www.oas.org/juridico/english/treaties/a-40.html.

Council of Europe. (2016). Legal remedies for human rights violations on the Ukrainian territories outside the control of the Ukrainian authorities. Retrieved from https://pace.coe.int/pdf/65ac6d698df4581792eaaa86aedcc4ece40eaddb3521509cd8e65ff8f9b76b0a/resolution%202133.pdf.

International Court of Justice. (1986). Case Concerning Military and Paramilitary Activities in and against Nicaragua (Nicaragua v. United States of America). Retrieved from https://www.icj-cij.org/public/files/case-related/70/070-19860627-JUD-01-00-EN.pdf.

Mirovalev, M. (2022, February 22). Donetsk and Luhansk: What you should know about the ‘republics’. Aljazeera. Retrieved from https://www.aljazeera.com/news/2022/2/22/what-are-donetsk-and-luhansk-ukraines-separatist-statelets.

Putin, V. (2022, February 24). Address by the President of the Russian Federation. Kremlin. Retrieved from http://en.kremlin.ru/events/president/news/67843.

Russian Federation. (2022). Document (with annexes) from the Russian Federation setting out its position regarding the alleged “lack of jurisdiction” of the Court in the case. Retrieved from https://www.icj-cij.org/public/files/case-related/182/182-20220307-OTH-01-00-EN.pdf.

Ryniker, A. (2021). The ICRC’s position on “humanitarian intervention”. Retrieved from International Committee of the Red Cross Website: https://www.icrc.org/en/doc/assets/files/other/527-532_ryniker-ang.pdf. 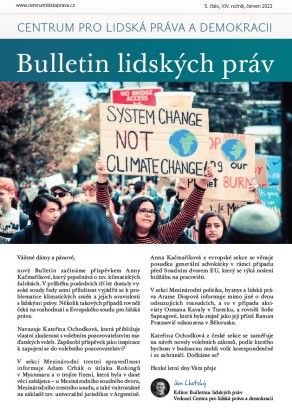