You can download the winter V4 Human Rights Review here.

We are delivering the second issue of the new online journal V4 Human Rights Review, which updates you on recent developments in the areas of human rights and democracy in the Czech Republic, Hungary, Poland and Slovakia. We are proud to organize this project together with our expert partners from all V4 countries.

The introductory contribution was written by Kateřina Šimáčková, a Judge of the Constitutional Court of the Czech Republic, who is also a representative in the Venice Commission of the Council of Europe. In her article, Judge Šimáčková focuses on how the Venice Commission deals with issues regarding judicial independence, illustrating the problem on examples of recent developments in Hungary and Poland.

In the Czech section, Aneta Frodlová starts with the 30 years of freedom anniversary and looks back on the 1989 Velvet Revolution in the former Czechoslovakia, as well as on the events in other V4 countries.

In the Hungarian section, Veronika Czina reflects on whether Hungarian judges can request a preliminary ruling from the Court of Justice of the EU regarding their own independence. Péter Kállai then discusses the current situation with the Hungarian media.

Arthur Pietruszka from the Polish section clarifies a smear campaign that was uncovered in August, in which several governmental officials created an informal group with the aim of discrediting some Polish high-level judges.

In the Slovak section, Erik Láštic explains how free access to information in Slovakia serves as an efficient tool to hold the government accountable. Furthermore, Max Steuer focuses on current issues concerning free speech in Slovakia.

We hope you enjoy reading it! 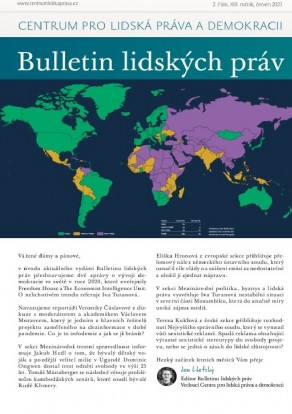