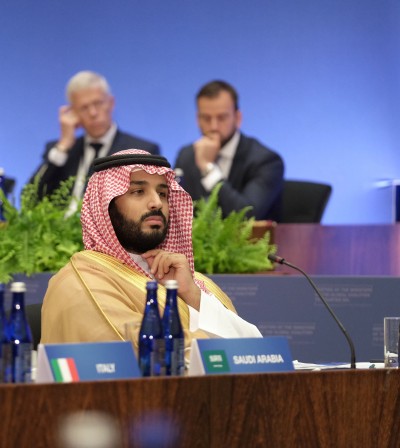 In her final report of June 2019, the UN Special Rapporteur on extrajudicial, summary or arbitrary executions, Agnes Callamard, published her findings about the murder of the Saudi Arabian journalist Jamal Khashoggi, committed inside the Saudi consulate in Istanbul last October. Based on her investigation, Callamard affirms that there is credible evidence of the involvement of the Saudi Arabian Crown Prince, Mohammed bin Salman, and other high-ranking officials in the killing and calls for opening an independent international inquiry.

In June, the UN Special Rapporteur Agnes Callamard submitted to the Human Rights Council her long-awaited report summarising her findings on the murder of the Saudi Arabian journalist, Jamal Khashoggi. The report is divided into two documents. First, a formal summary submitted to the Human Rights Council for its 41st regular session which took place in Geneva between 24 June and 12 July. Second, a one-hundred page annex to the report discussing detailed factual and legal findings of the UN Special Rapporteur. Drawing upon evidence collected mainly during Callamard’s mission to Turkey, her investigation brought to light several novel facts about Khashoggi’s death.

Factual findings of the final report

As follows from the report, Callamard and her team have so far been the only independent investigators who were granted access to evidence intercepted by Turkish intelligence services from the Saudi consulate. Based on access to a restricted number of recordings, she was able to present a reasonable reconstruction of the timeline of events, including the preparation of the murder and its aftermath.

First, Callamard’s findings showed that Saudi Arabian authorities had been aware of his intention to visit the Saudi consulate in Istanbul before Khashoggi’s arrival. In fact, Khashoggi himself contacted the Saudi embassy in Washington D.C. to request a certificate necessary for his planned wedding and Saudi authorities specifically directed him to visit the Istanbul consulate. As some commentators pointed out, Saudi Arabia could have sought Khashoggi’s relocation to Turkey, as a covert operation on US territory would be more difficult to organise.

Shortly before Khashoggi’s first meeting at the Istanbul consulate at the end of September, Saudi officials ordered the search of the building for potential surveillance equipment. Since Callamard’s report relies on interceptions of conversations which took place also after the search, it is clear that Turkish surveillance methods were sophisticated enough to survive the inspection by Saudi security services.

On the day of Khashoggi’s murder, the Saudi hit-team divided into two groups - a larger one stayed in the consulate, and a smaller one was deployed in the consul-general’s residence. According to the report, Callamard had further access to recordings of a conversation, taking place 15 minutes before Khashoggi’s second visit of the Istanbul consulate, between the leader of the Saudi team and a forensic doctor who discussed dismembering and hiding Khashoggi’s body.

Based on the information from Turkish intelligence services, Khashoggi was probably dead within 10 minutes after entering the building of the consulate. Callamard describes that the recordings capture threats by the Saudi hit-team as well as sounds of struggle. The analysis of Turkish officials suggests that Khashoggi was first injected with a sedative and subsequently suffocated with a plastic bag. His body was likely dismembered by a saw and packed into plastic sheets.

Given the course of events, Callamard concludes that there is reasonable evidence to confirm that Khashoggi’s murder was premeditated, with the main indicators being the extensive planning of the mission, the presence of the forensic doctor in the consulate, the division of roles in the Saudi hit-team and the recordings of the murder itself.

While the UN Special Rapporteur managed to fill many outstanding gaps in the narrative, several questions remain unanswered. First, it is still unclear to what extent the Turkish and US authorities knew or could have known about potential threats to Khashoggi and the Saudi operation. Second, the manner of disposal of Khashoggi’s body remains unresolved, mainly because Turkish authorities could not properly examine the consul-general’s residence.

Legally, Callamard’s report has highlighted the risks that journalists and human rights defenders nowadays face of covert operations conducted by countries of their origin. According to the conclusions of the report, actions of Saudi Arabia against Jamal Khashoggi amount to several human rights violations, namely extrajudicial killing and enforced disappearance. Despite living in exile in the United States, Khashoggi retained his Saudi nationality and at the moment of the killing was under the control of Saudi Arabia. This brings about an obligation for the authorities to respect and protect his right to life from its arbitrary deprivation which is enshrined in numerous international and regional human rights treaties and is recognized as constituting jus cogens.

Callamard also elaborated on potential international responsibility of Turkey and the United States for having failed to protect Jamal Khashoggi from unlawful killing by the Saudi hit-team in Istanbul. With reference to the General Comment No. 36 by the Human Rights Committee, Callamard noted that each Contracting Party, being aware of a real and immediate threat to the life of an individual, is obliged to warn the individual of such risks. This obligation arises regardless of the status of citizen or alien and may also be triggered extraterritorially whenever a State exercises power or control over an individual’s enjoyment of the right to life.

In response to her legal findings, Callamard has recommended the initiation of a follow-up criminal investigation to build a strong file against each of the alleged perpetrators and to identify mechanisms for formal accountability, such as ad hoc or hybrid tribunals. Additionally, the report invites UN member states to impose targeted sanctions against all individuals allegedly involved in the killing and impose a moratorium on the export and sale of privately developed surveillance equipment to Saudi Arabia.

Reactions to the report

Shortly following its publication, Saudi Arabia outrightly rejected the report as biased, arguing that it brought “nothing new” and contained “clear contradictions and baseless allegations which challenge its credibility”. The statement is in line with the long-term position of Saudi officials, denying any links to the ‘hit squad’ and the incident. To respond to mounting international criticism, Saudi prosecution, however, launched an investigation of the events and charged 11 individuals, allegedly Saudi state employees, who are currently standing trial in Riyadh.

As Callamard points out, the trial is not public and fails to meet international legal standards, triggering the suspicion that it could amount to obstructing justice. For these reasons, she called upon Saudi authorities to suspend the proceedings and invited UN member states to prosecute Khashoggi’s murder in their domestic courts based on the principle of universal jurisdiction.

In the light of the reactions of UN member states, Callamard’s recommendations are unlikely to be followed. The US President Donald Trump dismissed the request of the UN Special Rapporteur for initiating an FBI investigation into the matter and many EU member states are quietly returning to their close, long-standing strategic partnerships with Saudi Arabia. Considering the fading attention of key players, further investigation of Khashoggi’s death will most probably be dependent on the actions of UN human rights bodies, such as the UN Secretary-General and the Human Rights Council, which were strongly urged to open a follow-up investigation. It is, however, questionable whether there will be enough political support for such action.

Human Rights Council, Annex to the Report of the Special Rapporteur on extrajudicial, summary or arbitrary executions: Investigation into the unlawful death of Mr. Jamal Khashoggi, A/HRC/41/CRP.1, 19 June 2019. 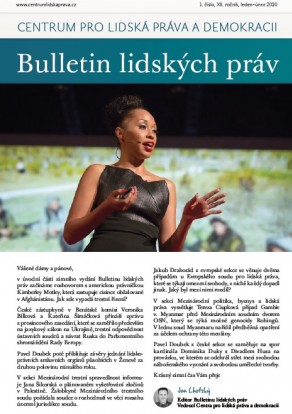